The aim of Event 2 was the organization of a workshop on participation rights and local decision-making related to the environment and quality of life of European citizens. In total 84 participants attended the events organised in Cyprus and Italy.

In CYPRUS, the Event 2, which took place on 19 March 2014, was co-organized by AKTI and the European Parliament Office in Cyprus at the EU House in the city of Nicosia. Representatives from many organizations and relevant stakeholders were invited. Invitations were also sent to 10 newspapers, 5 TV stations and 6 radio stations. The panel of the event consisted of Mr. Markopouliotis – Head of Representation of the European Commission in Cyprus, Ms. Alexandra Attalides – Acting Head of the European Parliament Office in Cyprus, Mr. Aristos Tsiartas – Head of the Authority against Racism and Discrimination (Ombudsman Office), Mrs. Kyriaki Demetriou and Mr. Michael Loizides – on behalf of AKTI. Event 2 in Cyprus involved 40 people, including 32 participants from the city of Nicosia, 3 participants from Limassol, 2 participants from Paphos, 2 from the city of Larnaca and 1 from Paralimni in Cyprus. The participants originate from different backgrounds: more specifically, from Cyprus, Greece, the UK, the Philippines, France, Turkey, Italy and IRAN.Click for the event’s invitation in GR and EN.

In ITALY,  the Event 2 took place on 21 March 2014 in the city of Colli del Tronto. It was open to the public but emphasis was placed on the participation of immigrants – especially women, other NGOs and relevant decision-makers. Click here for the event’s invitation in IT. The event involved 44 people, including 24 participants from the city of Ascoli Piceno, 8 participants from Colli Del Tronto, 5 from Castel Di Lama, 2 from Trevi, 1 from Perugia, 1 from Offida, 1 from Grottammare, 1 from Monteprandone, 1 from San Benedetto Del Tronto in Italy. Similarly in Italy, people of various backgrounds also attended the event: more specifically from Italy, Romania, Poland, Togo and Mexico.

During both events, the EVENT 1 results related to the survey ‘The views of European citizens living in Cyprus and Italy related to environment, employment and democracy’ were shared with the participants. In addition,  the project’s information Leaflet  / Poster  ‘Get informed, get involved!’ and the material produced under the project in relation to  the Aarhus Convention and the citizens’ rights related to the environment were disseminated to the participants. Click to view the workshop’s information material on the Aarhus Convention in GR , IT  and EN.

Additionally a lot of EU publications were disseminated to the attendees such as: Tackling the gender gap in the EU, Your single Market? Single Market Act for a highly competitive social market economy; The single Market through the Lens of the people: a snapshot of citizens and businesses 20 main concerns; Your rights as consumers. How can the EU defend your rights? Do you encounter problems within the EU? Who can help you? Learn Greek and live in Cyprus, Protecting rights, improving lives etc.

The project’s leaflet/poster ‘Get informed, get involved!’ was also distributed to various stakeholders, NGOs, youth councils, houses of worship, several embassies, community halls to raise awareness about the INTERACT project and encourage further participation. The leaflet/poster is also disseminated via AKTI’s and GSI’s networks and volunteers to the project’s target groups and general public. 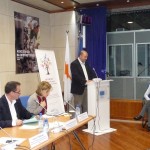 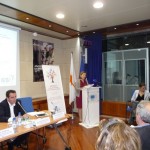 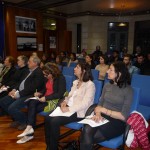 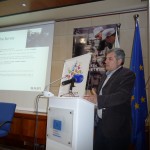 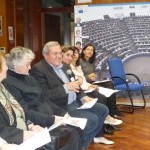 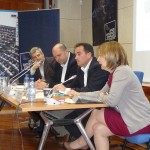 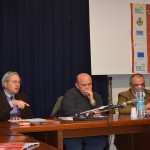 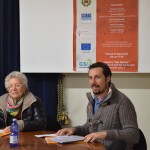 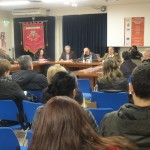