The aim of Event 3 was the organization of a workshop in Cyprus and Italy on composting, organic cultivation, community gardens and material reuse as tools for improving integration and standard of living. Training material was developed and presented on self-employment and opportunities in green jobs. In addition to the material, an evaluation form was developed by both partners to evaluate the events both in Cyprus and Italy. In total, 252 people participated in the Event 3.

In CYPRUS, the main Event 3 took place on 3th May 2014, in Nicosia. It was organized by AKTI in collaboration with the Association of Bulgarians in Cyprus. It involved 113 participants, including 111 residents of the city of Nicosia (Cyprus), 1 from the city of Limassol (Cyprus) and 1 from the city of Athens (Greece). The participants background: 101 Bulgarians , 10 Cypriots, 1 British and 1 Greek.  The event took place at the Bulgarian school in Nicosia which is not a regular school. It is rather a Saturday school attended by children of Bulgarian origin who live in Cyprus and during the school year attend Cypriot public schools. The Bulgarian school provides an opportunity for the children to remain connected to their native language and culture. Students from the school, parents, teachers as well as representatives from the Bulgarian Embassy in Cyprus (including the Ambassador) attended the event. Click here for the invitation in Greek and Bulgarian. 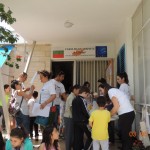 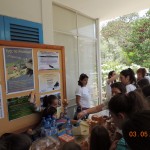 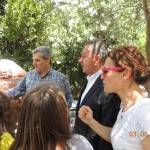 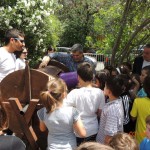 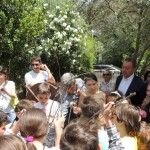 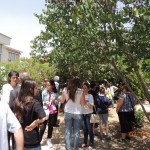 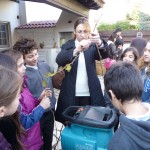 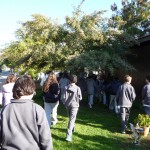 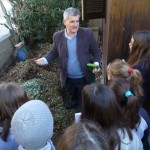 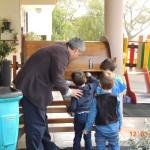 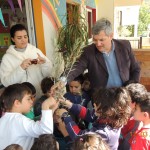 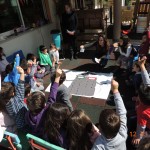 The Event 3 in ITALY, took place on 14th May, 2014 in collaboration with environmental experts from Umbra Valley Services (Valle Umbra Servizi) in Spoleto and the Polish Association of Terni. The event took place in Terni. It targeted the immigrants of the area, in particular women from Poland and Romania. This was achieved through the close collaboration of GSI Italia with the Polish Association in Terni. The event involved 32 citizens of Italy, including 31 participants from the city of Terni and 1 participant from the city of Spoleto. The 32 people that attended the event have different backgrounds: 19 from Poland, 6 from Romania, 4 from Italy, 1 from India, 1 from the Philippines and 1 from Ecuador.  The questionnaires were filled in by all participants anonymously. Click here for the invitation in Italian. 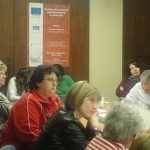 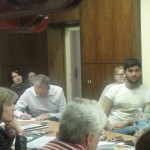 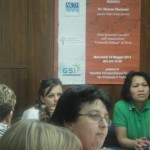 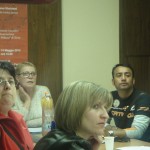 An evaluation was conducted during both events based on a commonly developed questionnaire.  Based on the responses from both events, participants found the subject of the workshop very interesting, they learned new things and they would implement them in their daily lives. It was also reported that the workshop raised their environmental awareness and that they would be willing to participate in future events of similar nature.  For the joint evaluation report, click here.

During the events, footage was taken to prepare the short project’s documentary. Additionally training material was disseminated which was jointly developed by the partners in 3 EU languages, namely English, Greek and Italian. Click to view the training material for Alternative Business Models of Green Economy in English, Greek and Italian and the relevant newspaper article published in Politis on 21st June 2014. Click to view the Home Composting Guide in Greek.

Overall, the workshops gave the opportunity to people from different ethnicities to get together under the veil of environmental awareness, and work together for a common interest while discussing possible opportunities. It was a step for the participants to ‘get informed, get involved’ which is the slogan of the INTERACT project and its ultimate objective.